If you have any questions about how ‘Trixity Trails’ works go to the ‘How it Works’ or ‘FAQs’ pages. If your question is not answered there, send us a message below –

Bren was born at a very early age in Manchester, England. (He’s City, not United)

After serving in the British Army for 14 years he then worked in I.T. for several large companies in the UK – but corporate life was not really his ‘thing’. He’s a keen crossword fan and loves quizzes, both taking part and setting them. He has appeared on UK television on two quiz shows, Eggheads (they lost!) and 15 to 1 (episode winner!).

Bren’s main Trixity task is finding the locations and setting the clues for the trails, if you get stuck anywhere – it’s his fault! 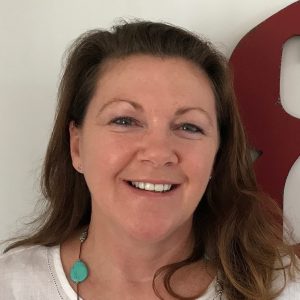 Tracy was born in Brisbane Australia and grew up loving anything social, always involving herself in creating competitions and events in the workplace.
She worked in the hospitality industry for 12 years, then as a police officer for 12 years and now in the IT industry for the past 11 years. The 12-year itch is approaching so it’s time to take on another new profession. Working in the UK for just under a decade, she met Bren, fell in love and decided to move home to Oz. Whilst in the UK she wrote & delivered many quizzes for charity, usually to 100+ contestants.

Tracy’s main tasks for Trixity are ….making a list, checking it twice, organising EVERYTHING & keeping Bren working when the footy is on.